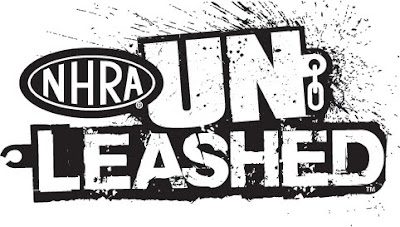 In a few weeks NHRA Unleashed, a newly created series of events celebrating pure American horsepower will makes its inaugural visit to Atlanta Dragway on June 11 -13. This will be the first of four events taking place across the country during the summer. These events will be a celebration of the love affair we have with our cars and the car culture. This multifaceted event will feature ‘door slammer’ drag racing, manufacturer’s midway, children’s play area and a car show that will be second to none.
The car show will be a major focal point of the NHRA Unleashed shows as many makes and models will be on display for judging during the event. The NHRA Unleashed car show is not inclusive to only one manufacturer as Ford, General Motors and Mopars will all be allowed to enter for judging. Each class will be judged separately with an Overall Best in Show and an Overall Best of Open Class will be awarded as well. Winners will receive a specially designed and highly unique NHRA Unleashed trophy which will be awarded to the winners during an awards ceremony on Sunday at 3 p.m.
A two-day entry fee is $45 for car and driver, which includes Saturday and Sunday judging. A one-day entry fee of $35 is also available for either Saturday or Sunday judging. NHRA Unleashed will also come to O’Reilly Raceway Park on Aug. 6-8, National Trail Raceway on Sept. 10-12 and concludes at Gainesville Raceway on Nov. 5-7.
All the action will be televised by Disrupt/ive Studios as they will produce 2 half-hour shows from each NHRA Unleashed event for a total of 8 shows. Disrupt/ive Studios was founded by Jack Shaffer and Stephen Pullin who are the producers of the wildly popular Pinks, Pinks All Out and Pinks All Outtakes programs. Disrupt/ive Studios knows the passion and dedication of the grass roots racer and will convey that to the viewers of Fox Sports Net starting on Nov. 7.
Spectator tickets are only $10 for adults on Friday, $20 for Saturday and Sunday, a three day pass is only $35. Children 6-12 are $5or $10 for a three day ticket and kids 5 and under are free with paid adult. Both tickets and racer registration are on sale now.
Gates open at Noon on Friday and 8 a.m. on Saturday and Sunday. More information can be found on NHRAUnleashed.com.
Posted by Cory at 12:09 AM 126 comments: